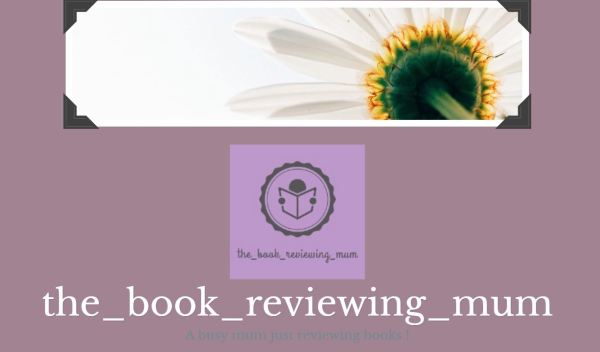 This is my first blog review of my new book, a collection of short stories, Nightmare Asylum& Other Deadly Delights – and what a wonderful review it is! Many thanks to Lynne Amanda Piza!

Here is a snippet:

I really enjoyed this series on short stories! It so easy to pick up and read a story in between another book I’m reading to change it up, or to read while feeding the baby!

I love that about this book as it’s really convenient! Every story draws you straight in, there is no faffing, it’s straight to the point and you are set right in the middle of the action! It’s like reading a series of amazing horrors/and thrillers and just jumping to the best bits…WHO WOULDN’T LOVE THAT!

I found it really thrilling that every story wasn’t all horror, some thriller, some psychological! I really enjoyed jumping from a murder, to futuristic robots, to stalkers, to asylums, to being trapped in basements, to warnings through spiritual messages to missing people!…Read Review! 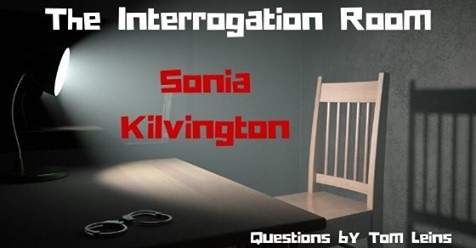 It was great to be invited over to The Interrogation Room on the Dirty Books Blog by Tom Leins. He asked me some interesting questions about my new short story collection, Nightmare Asylum & Other Deadly Delights, and being a writer at Close To The Bone. Despite the handcuffs and the hard chair, it was an interesting experience. Tom was polite and courteous at all times – but coffee was not included…

Heres a little snippet from the interview:

Firstly, congratulations on the publication of Nightmare Asylum! How hard was it to select the stories – and indeed the running order?

I have been writing short stories for the last thirty years or more, and I have always dreamt of having my own collection. I selected my favourite stories with the strongest characters and the most unique situations for the book. Still, I wasn’t sure about the running order and wondered if I should have started it with a horror story or maybe I should have begun with a little more conventionally structured story such as ‘Women’s Work’. I am always second-guessing myself.

Do you have a favourite story in the collection? If so, why is it your favourite?

Yes, I do! It took me about five years to write ‘Nightmare Asylum’ because I did so many drafts, trying to capture the atmosphere of a reoccurring nightmare that I had experienced in my twenties. Night after night I dreamt I was trapped in a Victorian mental asylum and nobody would believe a word I said… Read Interview 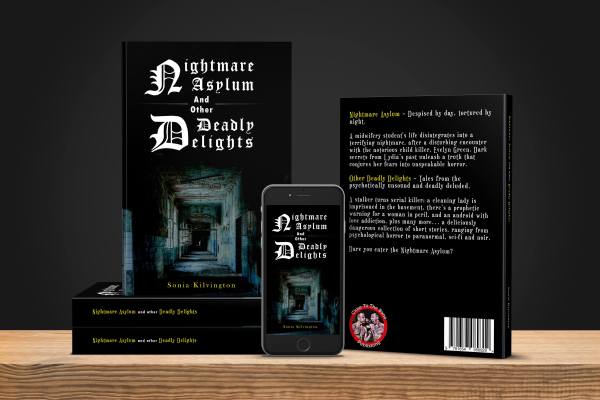 I am delighted to announce that the publication date of my new short story collection, Nightmare Asylum & Other Deadly Delights is 28th February, with pre-order for Kindle on Amazon∼ available now!

A midwifery student’s life disintegrates into a terrifying nightmare, after a disturbing encounter with the notorious child killer, Evelyn Green. Dark secrets from Lydia’s past unleash a truth that conjures her fears into unspeakable horror. 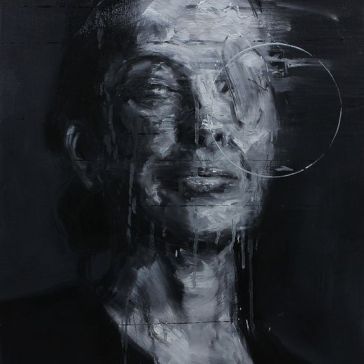 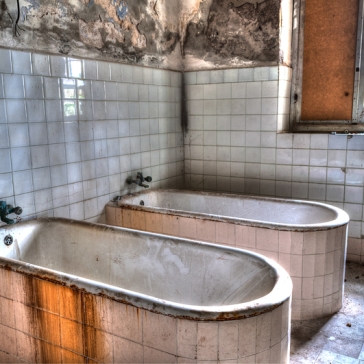 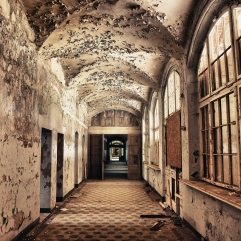 Tone Mapping in the hallway of an old sanatorium Beelitzer 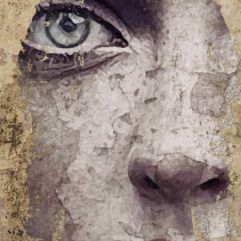 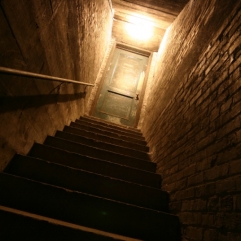 Other Deadly Delights – Tales from the psychotically unsound and deadly deluded.

A stalker turns serial killer; a cleaning lady is imprisoned in the basement, there’s a prophetic warning for a woman in peril, and an android with love addiction, plus many more… a deliciously dangerous collection of short stories, ranging from psychological horror to paranormal, sci-fi and noir.

Dare you enter the Nightmare Asylum? 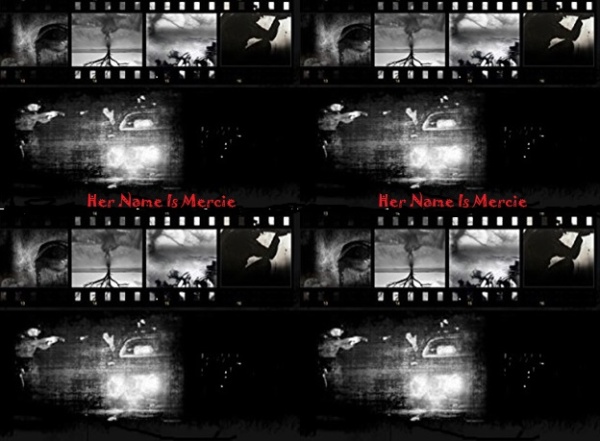 If you prefer your short stories on the dark and dangerous side, there is a great new book due out on Amazon today! Her Name is Mercie is a superb collection of contemporary noir, which slides seamlessly through genre boundaries into psychological horror and suspense, especially in the horrifying story, Libby’s Hands. There’s a very distinct writing style and some excellent prose in the other stories too, especially in the mythical and intriguing, Hunger and the taut and suspenseful, Marsh Madness.

In the title story, Her Name is Mercie; an ordinary young woman is betrayed by the police when her parents are inexplicably shot dead in their car. This is a story of modern day greed and corruption: if you push someone to their breaking point, it can be surprising to see what they are capable of, and Mercie is not a girl to be deceived! It’s a story of revenge, of finding loyalty in strange and unexpected places; but don’t for one second, imagine that the route this author takes will be predictable! Chris Roy is a master of suspense; he ratches up the tension to breaking point, only to deliver you without a safety net, straight into the unknown.

The cohesive theme of this collection is family; what it means to experience betrayal and disloyalty from external forces, as well as from the very people that you love and trust the most! There are also motifs of justice and redemption – perhaps the ‘family’ which you have built for yourself, is the only thing able to survive in a nightmarish world, where love and loyalty, can never be truly taken for granted.

Her Name is Mercie is out today!  ~ Expect the unexpected. Expect to be entertained!

Check out the super creepy video! 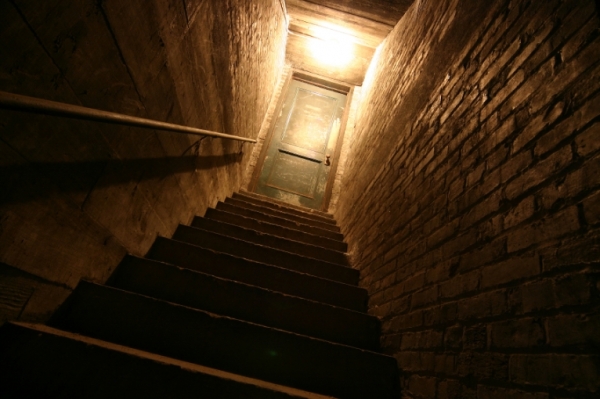 I am excited to have my new story Women’s Work up at NTTK today! It is the first time I have had a full length story up on that wonderfully edgy site, and I am delighted to be there, amongst  some very prestigious company!

The story is a classic, ‘don’t go down into the basement tale’ – especially if you are working for a sadistic psychopath such as Mr. Tinder. I wanted to write a tale in which my elderly female protagonist was trapped in a situation in which she knew that no-one could rescue her. I think at times many of have felt trapped in seemingly hopeless situations and have had to dig very deep to find some undiscovered resource to get us through. I hope to have captured that feel and atmosphere in this story- why not check it out for yourself? 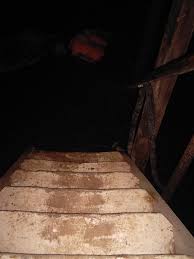 “Is this your wife?” I tried to sound polite. Take an interest. I wondered if she was still around. In truth, my money was already staked on a nasty divorce. I reckoned that Tinder could not be an easy man to live with.

He didn’t answer. A sick feeling cut into me, racing over my arms, leaving trails of goose bumps in its wake.

His expression was almost grotesque; his eyes glazed over, as if lost in another world. He seemed to completely forget that I was standing there. I coughed, cleared my throat. I was paid by the hour and didn’t have time to waste on his self-indulgence. Read More

Many thanks to Craig and Oliver at NTTK, especially for their very kind support and patience with me and my writing! And not forgetting my good friend CHenry Roi, for his creative inspiration and help with editing. 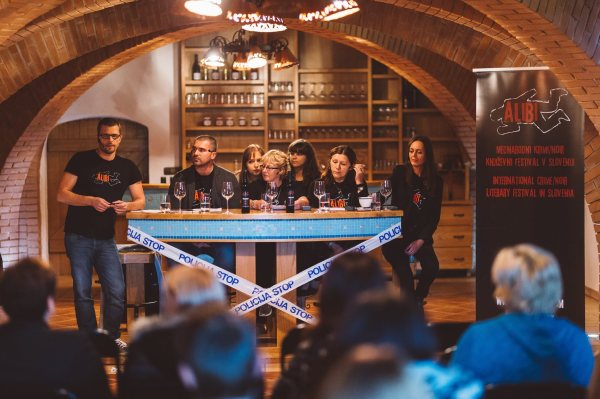 As you may know, I have just spent a wonderfully creative weekend at the amazing Alibi International Crime/Noir Festival in Slovenia, which was the hosted and created by the very talented writer and creative advertising director,  Renato Bratkovič. The festival is unique in its concept and originality, and so I was it was a real  pleasure to catch up with Renato, to ask him he felt about this year’s event… 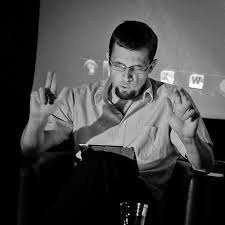 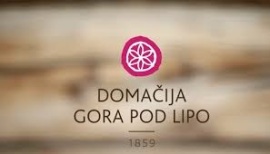 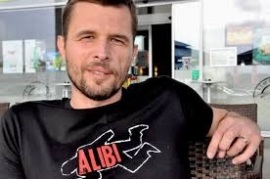 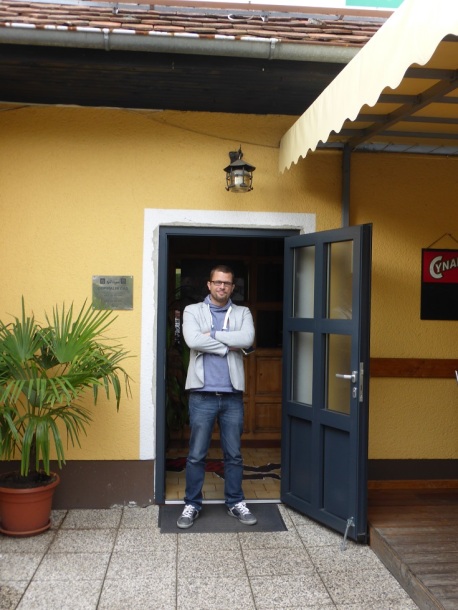 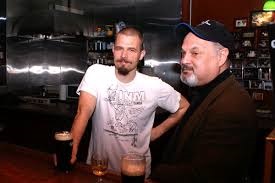 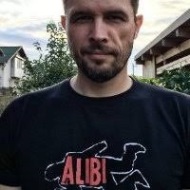 Alibi is a unique, noir festival, set in the beautiful Slovenian mountains. What was the initial inspiration for its creation?

Nino, our friend photographer, and I made the film about Gora pod lipo (http://www.gorapodlipo.com) back in July 2015. When the film was finished I realised, what a lovely place this was. I could imagine a bunch of writers writing there, eating, drinking, having fun … I told Lena (she runs the place with her boyfriend Primož) about the idea and she said, “Yeah, sure, create a concept and we’ll do something about it.” After two weeks I had this idea about inviting five writers for a weekend, let them draw titles for their stories, write them and present them in the end. The last weekend in September the first guests arrived.

This is the third year of the festival, how has it has evolved since the beginning?

We try to add little bits every year – the writing workshop concept, where participating writers get their titles and have to write the stories, is unique I believe, but I wanted a film night as well. The first Alibi happened so fast and the film I wanted to present (the first official Slovenian film noir Case: Osterberg)  but I was travelling from festival to festival at the time, so we ended up with Michael Winterbottom’s The Killer Inside Me.

We hosted Case: Osterberg with the screenwriter and the producer last year, and this year we presented a film based upon my story and we invited my favorite director, Damjan Kozole, with his film Night Life.

What are your feelings about this year’s event?

Well, it seems I’m lucky to choose writers who form a brilliant team. And this year was no exception. But most of all, I’m happy I had more women than men this year. Women tend to write even darker stories then men, I think.

Alibi differs from many other literary festivals as the writers create their stories while in attendance – do you believe it is important to celebrate spontaneous creativity?

I believe we need this sense of accomplishment in the end. I mean it’s great if you’re able to visit a festival where you read your own work, but when you find yourself with a task of having to create something on the spot and present your work, you win twice: you get this beautiful feeling of having created something and you have one more story that year. I guess this is what drives my guests to come here and I’m happy about it.

How has the festival evolved over the years, and what are your future aspirations for Alibi?

Well, the workshop concept will definitely remain the core of the festival. In the future I’d also like to have Slovenian publishers as guest – maybe some collaboration between them and our participating writers might come out of it.

My story began with Bistrica Noir literary evening at our local library a couple of years ago, so I’ll try and find a way to get them involved in the festival. And I feel one film night is not enough.

As this was the third year, my plan is to have an anthology with 25 stories published every five years. So in three years, all the writers from the first five years are going to be invited to join us again for the sixth edition when we’re going to promote the book and have some real fun. But we’ll have to find some additional sponsors.

Thank you for your interesting insights Renato! 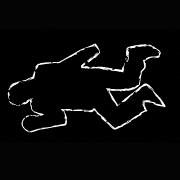 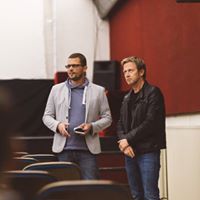 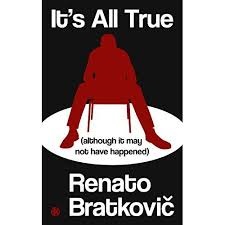 For more information on the festival why not visit the Website and Alibi FB Page?